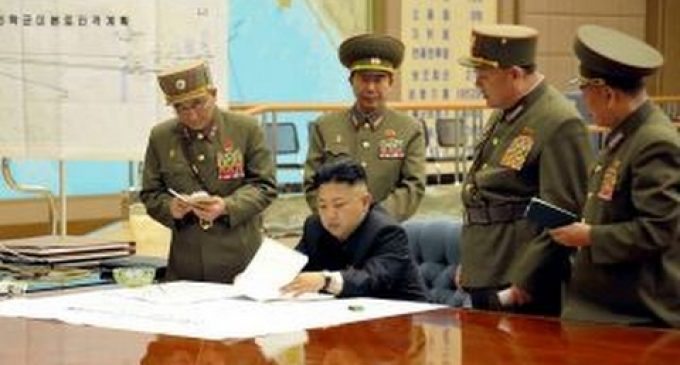 It would be ironic to find out that Kim Jong-un is actually doing more damage to the West with programs other than his well-publicized nuclear weapons and missile endeavors. So far all he has accomplished with his weapons program is to focus attention on himself and his country, upset a lot of people, and caused the United States to send warships to sail near his waters. That's bad enough, but at least no shooting has started, yet.

Needless to say, as his weapons programs develop, he can become much more than just a nuisance. Once his scientists and engineers figure out how to make a nuke small enough that it will fit on missile, he's a threat to least everyone within 2,500 miles given the success of his recent missile test. Double that distance and the U.S. West Coast is in range.

But what if in the meantime he has already launched an attack, one that's somewhat anonymous in that it's difficult to determine who set it loose? We're referring to recent global cyberattack. There is reason to believe North Korea is behind it.