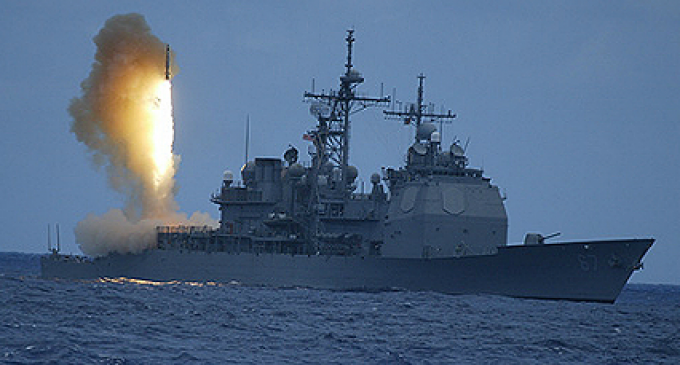 If you're looking for some real excitement instead of just words, wait until the US shoots down a North Korean missile. Will the US do that? It's clearly under consideration.

When the Carrier Group Stennis arrives near North Korea next week, the bellicose rhetoric from the closed communist state is sure to ramp up. What is not so sure is what, if any, concrete action anyone will take. Clearly, if Kim Jong-un were to take a pot shot at our aircraft carrier, let alone hit it, things are guaranteed to get very ugly very quickly.

Yet it seems more likely that the North will show its defiance by attempting to launch a missile as a test, or perhaps even test a nuclear bomb underground. While neither one would present a direct threat to American forces, such an act might be enough to force President Trump's hand. After all, he's talked about solving the North Korean problem, and weapons tests by the North, especially while a carrier task force is present, would be about as in your face as Kim could get short of launching an actual attack. So what should we expect?