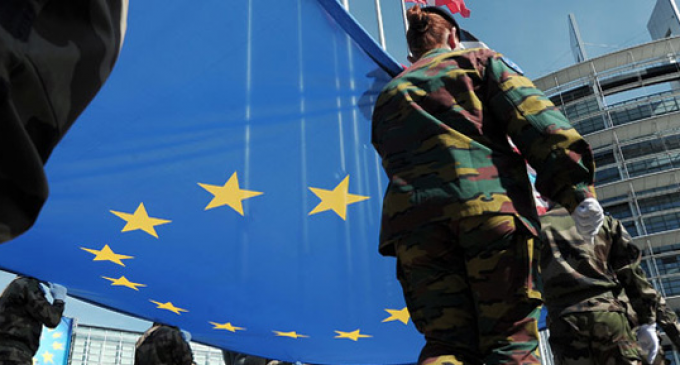 The Democrats are famous for pushing the government to end its pursuit of a stronger military and all throughout the Cold War, Europe was itself pressing the rest of the world to demilitarize and bring down its number of munitions in a bid for world peace.

Like all Leftists as well, they have perfected the art of spitting on soldiers and military endeavors and burn flags representing “military oppression” like nobody else can.  Many of them will point to Europe and, particularly, to the neutral nations there that refuse to be involved in military operations abroad.  That is their utopian vision of what the United States should look and behave like.

Behold!  A new era of European passivism has been unveiled and it's not all love and flowers anymore.  In fact, you could say that Europe, through the European Union, has just signed a pact to get more bang for the buck and be just like their Big Brother, the USA, militarily speaking.

Turn to the next page to read about the new pact and what it represents!