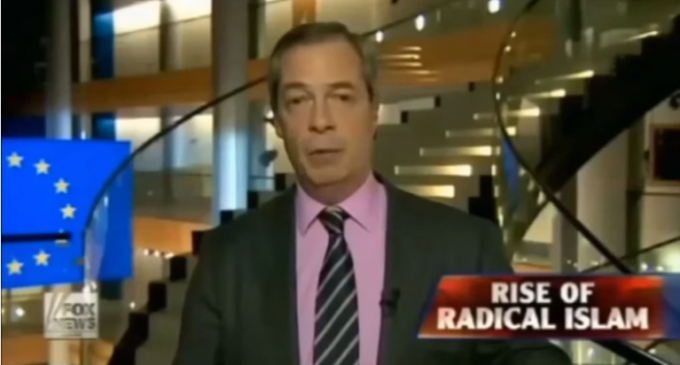 Nigel Farage, a conservative superstar in the UK,  is fight on target when he declares that “multi-culturalism” and the “welcoming tone” that has been given to Muslims to migrate to Europe has now backfired so badly its now a complete attack on western culture and law.  Farage, stating “Europe is burning” is not speaking metaphorically.

Add in the refugee crisis and cities and whole countries are literally burning down: