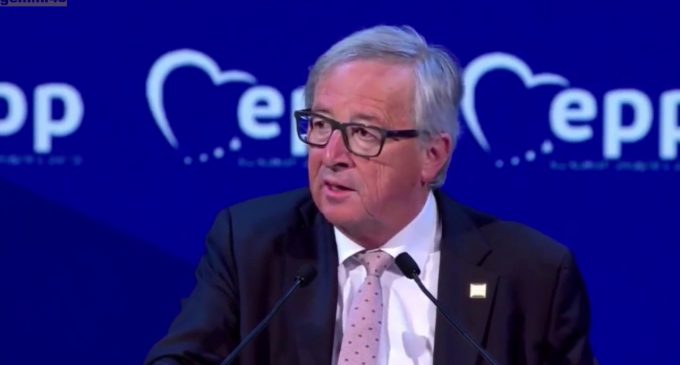 EU Commissioner Jean-Claude Juncker is more than a little irritated that his governing body is breaking apart. Now, strangely, he seems to be blaming Donald Trump for his failures — and threatening him, too.

The unprecedented Brexit results were shocking for almost everybody. Common consensus among the public was that the referendum would lose. When “Leave” won, “Stay” supporters should have taken some time to reflect on their mistakes. Instead, they fought to ignore the referendum and keep Great Britain in the EU.

This week, British Prime Minister Theresa May sent a letter to the EUEU that evoked article 50. The move officially begins the exit process and ends any doubt that Britain will actually leave.

Now that it's official, members of the EU are getting nasty. Not only are the threatening Great Britain; they're also throwing blame at the Americans.

See what Commissioner Jean-Claude Juncker Is threatening to do to the United States on the next page: