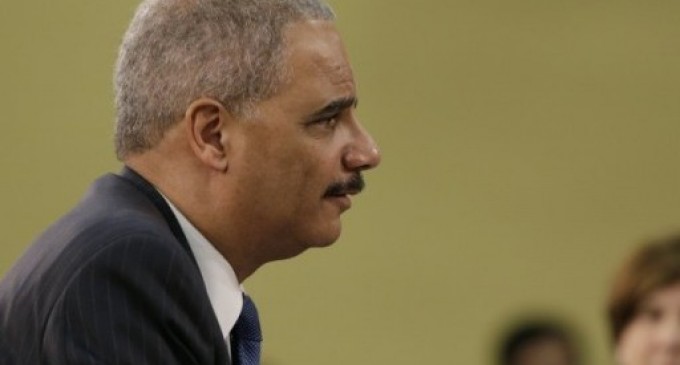 ‘What attorney general has ever had to deal with that kind of treatment?’ Atty Gen. Eric Holder stated of the treatment he received before congressional members yesterday.

Rep. Louie Gohmert told Holder that his contempt of Congress was ‘no big deal' to Holder. Also, Texas Rep. Blake Farenthold refused to ask Holder questions, stating that Holder should be in jail instead.

The correct questions is “What other attorney general has committed as many crimes as you, Eric.”

Of course, public servants like Holder view their desk chair as if it were a throne, that they don't have to obey the laws like everyone else.

Mr. Gohmert was the true public servant yesterday, calling out this criminal hiding behind a government title.

Revolution is coming to America soon, Mr. Holder, and your only throne will be the toilet in your jail cell.