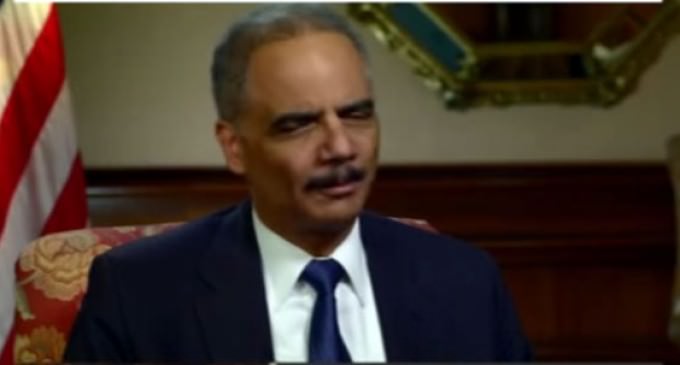 Displaying his trademark guile, US Attorney General Eric Holder once again used the tragic shooting at Sandy Hook Elementary School to suggest that Americans crave stronger gun control. At the same time, Holder implied that those who oppose his anti-gun agenda are a ‘distinct minority'. Watch the outrageous clip below and then let us know if you agree or disagree:

Are those who support the right to bear arms a ‘distinct minority'?

“I was not able to, along with other members in the Administration, convince Congress to, uh, really follow the will of the American people which is to enact meaningful, reasonable gun safety measures. The gun lobby simply won, so I don't think we are a nation of cowards, but I think that members of Congress need to have a little more backbone and stand up to what is a distinct minority, even within, for instance, the NRA and to the kinds of reasonable things the American people simply want to have happen. That's just the truth.”