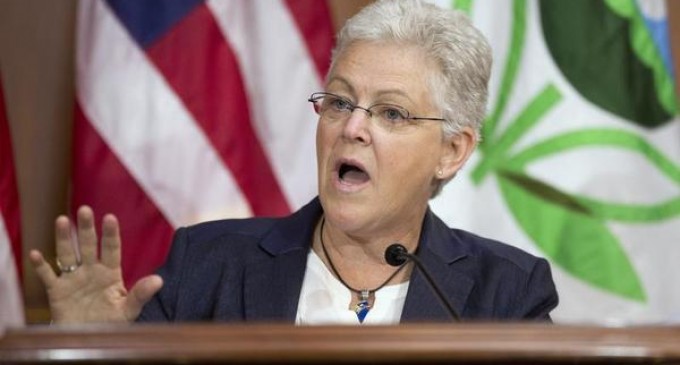 If the Environmental Protection Agency was just trying to alarm Americans so they’d fall into line, why didn’t they just pick higher numbers? Why stop at predicting the rising death toll would be in the millions, instead? After all, the consequences for telling us one set of imaginary figures are not much different from another.

They claim only 13,000 deaths by 2050. Come on, EPA, you can really inflate the fear-based support for your agenda better than that!

A report out of the Obama administration warns that climate change will result in a rising death count that will  reach 13,000 deaths by 2050, and 57,000 deaths by 2100, along with other disastrous consequences.

As usual, this is a simple fear-based ploy to extract support for schemes to affect the climate (supposedly). These schemes are to be controlled by the government, naturally.

“This report shows us how costly inaction will be to Americans’ health, our environment and our society,” EPA Administrator Gina McCarthy said in the administration’s latest reason for taking action on climate change.

“But more importantly, it helps us understand the magnitude of benefits to a number of sectors in the U.S. with global climate action,” McCarthy added.

The report, “Climate Change in the United States: Benefits of Global Action,” examines two scenarios — action vs. inaction — that essentially makes an economic argument for deploying more renewable energy and other actions to reduce greenhouse gas emissions through the next century.
<div class=”span4 clear sidebar-left”></div>
For example, the report says “in a future without greenhouse gas reductions, estimated damages from sea-level rise and storm surge to coastal property in the lower 48 states are $5.0 trillion through 2100.” The costs would be diverted through actions that reduce the warming trend through the middle of the century, according to the EPA.

The report also emphasizes the need to come to a “global” agreement to reduce the emissions, which many scientists say are to blame for manmade global warming, resulting in more severe weather, heat waves, droughts and flooding.

The global agreement it alludes to is the meeting of the United Nations in Paris at the end of the year, where global leaders will try to hash out an agreement on emission reductions to keep the Earth’s temperature from rising 2 degrees Celsius.