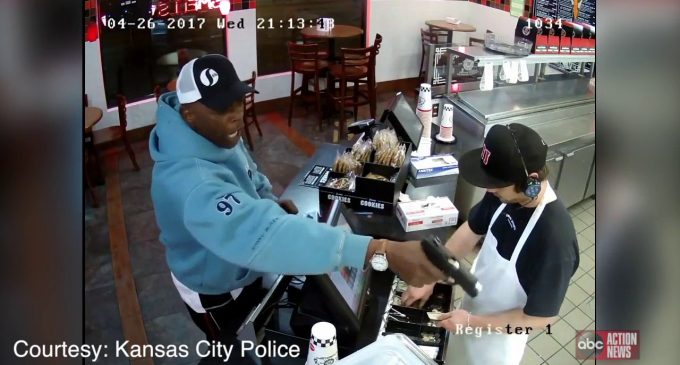 How many people can look an armed robber dead in the eye without as much as flinching? With talk of gun violence on the rise and the growing public fear of firearms, it’s little wonder people are so amazed by this young Jimmy John’s employee ability to be the one in control of the situation. Even more intriguing is how he never once cowered or betrayed an attitude of submissiveness while a gun was being pointed right to his head.

Was it because he was aware of the failing of the robber?

Continue to page two to see the video