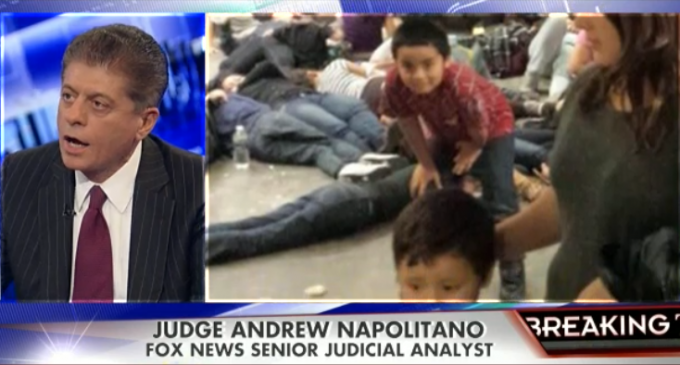 A truly massive surge of illegal immigrants is set to hit the US within 2 weeks, well beyond what we are seeing now, according to filmmaker Dennis Lynch, who's produced 2 films on the immigration problem and accurately warned us of the current status weeks ago.

While the government states that upwards of 150,000 illegal minors are going to come in this year (up from 6,560 in 2011 ) Lynch states that the figure is actually MUCH higher and an even greater surge is about to come:

“Entire villages are emptying out and coming from Central America through Mexico to the United States. They will be hitting in the next couple of weeks. What you are seeing now is the tip of the iceberg,” Lynch states.

Border patrol is reported to be on the verge of collapse NOW, can you imagine what will happen when even more massive surges arrive?

The pictures you have seen only represent 1/3 of the actual number of illegal minors coming in because we can't catch all of them with border patrol being so overwhelmed.

Judge Napolitano states that Obama has directly caused this situation because he outlined 13 points that illegals could to do to remain in the country. That sent a message across Latin American countries for people to send their kids – as evidenced by the fact that all are arriving with the same story and belief.

They all come in stating ‘we're running from the drug cartels' and that they understand that the US has a ‘catch and release policy'…and we do.

President Obama has cause a truly massive problem we are not going to be able to deal with.

What will happen when this massive amount of people pour into the US in the next couple weeks?