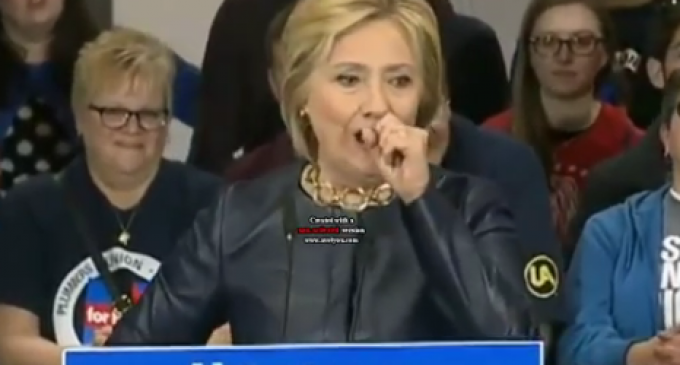 We've got less than sixty days left until election day, and it's almost a certainty that there will be a constant flood of revelations about Hillary's health right up to November 8 — assuming she lives that long.  What incredible lust for power must consume this woman that she's willing to torture her ailing body and mind, commit fraud, and destroy others' lives in order to be the first female president of the United States?

Stop and think about that.  This isn't funny.  Anyone who must be that obsessed with power has no business getting anywhere near it. If you don't manage your thoughts, you can almost scare yourself to death contemplating the hideous decisions she might make once in office.

As we've pointed out before, it's possible that we're thinking too small. Perhaps she's not so much interested in just the office of president, but rather views that office as vehicle for taking over the world. If that's accurate, could the use of nuclear weapons be a possibility?

All that happy talk aside, let's see what today's revelations bring.