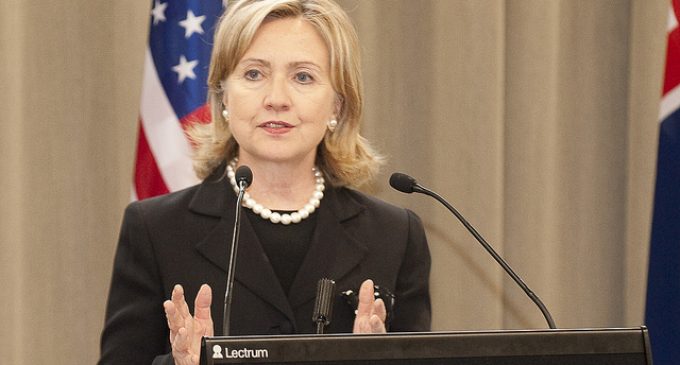 The FBI's decision to not charge Hillary Clinton for mishandling classified information is looking even less defensible in the wake of additional evidence that collusion occurred between the former Secretary of State's staff and the highest levels of government.

While Republicans long suspected that the Obama administration was protecting Clinton from prosecution, federal authorities' reluctance to touch the scandal and the media's refusal to give it the attention it deserved prevented incontrovertible evidence from surfacing. Absent said evidence, liberals were able to smear Americans who believed the matter warranted attention as “conspiracy theorists” and Clinton haters who couldn't bear the thought of a woman becoming president.

But now, several months after the feds announced that Hillary was off the hook, staggering evidence that the State Department colluded with her to save her skin has accumulated in the form of emails leaked from the files of Clinton loyalist John Podesta.