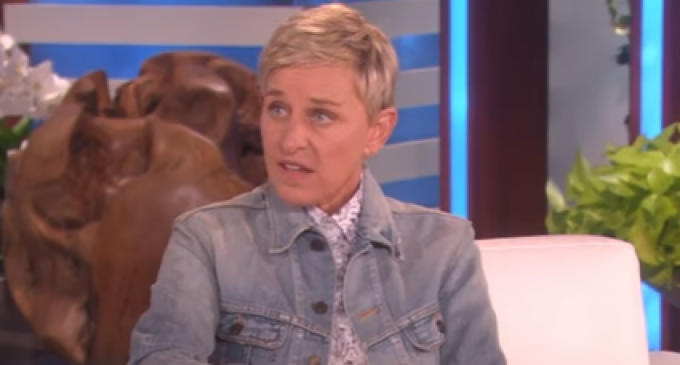 Ellen DeGeneres took a shot at Donald Trump this week, saying that the president is not welcome on her show. The moment came during an interview with Today's Matt Lauer.

Before the interview began, Lauer expressed surprise that DeGeneres had invited her studio audience to witness the conversation as it happened. Not long afterward, it became clear why. She needed them to support the answers she was about to give.

A couple minutes into their chat, Lauer asked DeGeneres if she would ever consider inviting Trump onto Ellen. “Uhm… no,” she responded. The crowd did exactly what they were supposed to do: They responded with enthusiastic applause.

In any other situation, DeGeneres' answer might be considered cowardly — or at least pandering. After all, she has invited multiple prominent conservatives on her show before.  But the audience's approval made it clear why she said what she said. Attacking Trump is what she is expected to do — and she's more than willing to oblige if it keeps her audience happy. With that sort of response, who is Lauer to object?