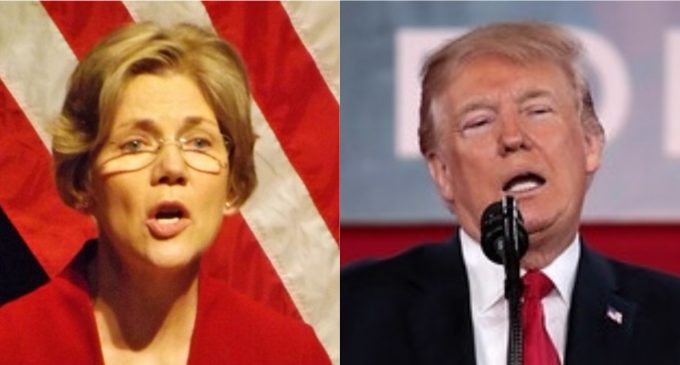 Senator and 2020 Presidental candidate Elizabeth Warren of Massachusetts proposed quite the solution on Monday to handle the $1.25 trillion owed in student loans: cancel nearly all student loans and eliminate tuition at every public college.

Warren’s plan would eliminate student loan debt for 42 million Americans by canceling $50,000 in debt for everyone with a household income between $100,000 and $250,000, as well as generate a one-time cost to the federal government of $640 billion.

The Massachusetts Senator says she would pay for everything with revenue generated by the Democrats’ go-to proposal: hike taxes on America’s most wealthy families and corporations. Her campaign estimates future revenue would be $2.75 trillion over 10 years.

This is quite different from what President Trump has in mind, which based in fiscal responsibility.

Turn the page for Trump’s plan.