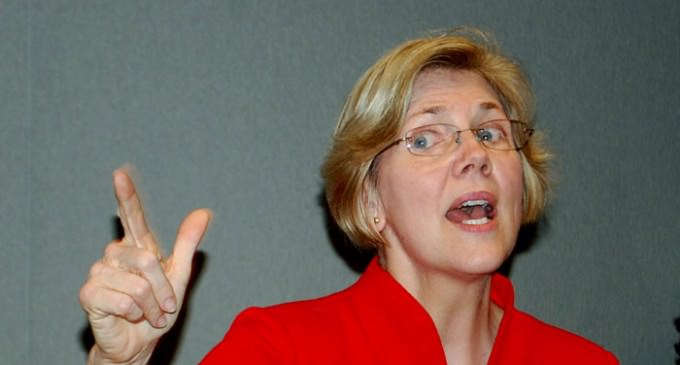 Elizabeth Warren made headlines this week when she proclaimed that she and her fellow Democrats in the Senate will “defeat” the NRA, claiming that the minority party has “all the time in the world” to make it happen.

The NRA exists primarily to protect Americans' Second Amendment rights. They are incredibly powerful, of course, but they are powerful because so many lobbyists, organizations, and politicians — like Warren — have made the dismantling of our constitutional right to bear arms their main goal.

By vehemently opposing the NRA, Warren is directly attacking the Bill of Rights… and yet her supporters cheer her on.

It only goes to show the lunacy of the far-left. They'll cheer for their candidates blindly until they realize they've been stripped of all their rights from under their feet, or maybe they'll be too brainwashed to even notice.

See Warren's statements on the next page: