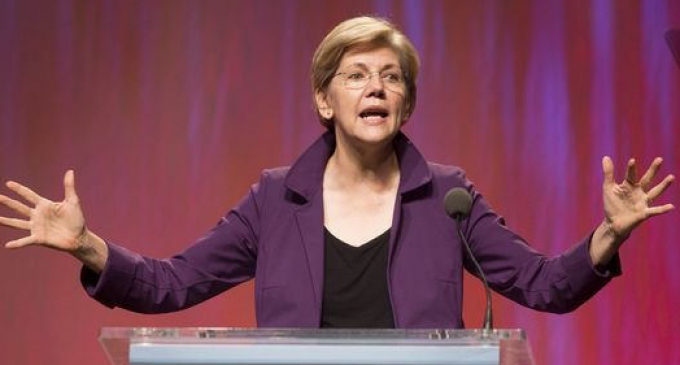 Elizabeth Warren has a lot more to hide than just her non-existent Cherokee bloodline passed down to her through her grand pappy’s fibs.

When the Dodd-Frank financial regulation bill was making its rounds through Congress back in 2010, authorization for the CFPB was slipped into the bill and passed in a stunningly chilling partisan vote, every Democrat in the house enthusiastically voted.

At the time — and later on the floor of the Senate — I pointed out that the CFPB’s director would be the most powerful bureaucrat in Washington since J. Edgar Hoover reigned over the FBI.

And Elizabeth Warren crafted the bureau this way for a very particular reason.

What Elizabeth Warren conjured up in the musky socialist law dens over at Harvard is, well, it’s on the next page, and still alive and trying to monopolize your tax dollars in the unabashed name of tyrannical government.

Head on over to find out the horrific abuses uncovered by President Trump’s new appointment as director of the CFPB, Mick Mulvaney.