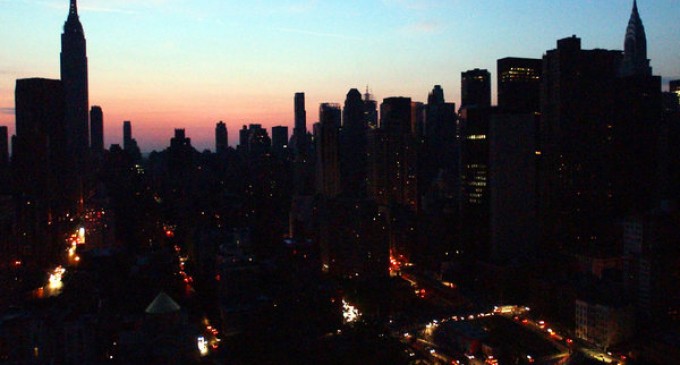 It’s very true that during drills conducted by officials have seen the very events the drills were for actually occur very close to or even during the drill.

For example, the same day of the 9/11 tragedy, the CIA was conducting a drill to prepare for ‘the event terrorists would fly planes into buildings’, something the Bush administration called a ‘bizarre coincidence’.

We’ve also seen similar drills that preempted the actual events in the 7/7 and Boston bombings and even with the recent shooting at LAX, where the exact drill took place a week before. This leads many to conclude that these drills are nothing more than a cover for what’s termed a ‘false flag’.

Click here for more info on what a false flag is. We aren’t getting into conspiracy theory here as many false flags have been admitted by governments, as noted in the provided link.

Janet Napolitano stated before she left her post as head of DHS, it’s not ‘if’, but ‘when’ terrorists will attack our grid via a cyberattack. Couple this with the Syrian Electronic Army attacking websites and hacking into Obama’s Twitter account and campaign emails. Of course, we know Obama wants to invade Syria.

Next week, Nov 13th and 14th, DHS will conduct a large-scale drill based on terrorists attacking the power grid.

Now, the IRS has even stated that there is a planned outage, although the dates differ from the mentioned DHS drill:

We don’t need to get into conspiracy theory here. Just ask yourself, “Do I think that Obama, a known pathological liar who has been tearing apart our Constitution, dethroning our military and is obviously waging war on the American people, is capable of such action?”

Looking at his treasonous actions and the contempt he has for America, I think the answer has to be YES.

WASHINGTON — The electric grid, as government and private experts describe it, is the glass jaw of American industry. If an adversary lands a knockout blow, they fear, it could black out vast areas of the continent for weeks; interrupt supplies of water, gasoline, diesel fuel and fresh food; shut down communications; and create disruptions of a scale that was only hinted at by Hurricane Sandy and the attacks of Sept. 11.

This is why thousands of utility workers, business executives, National Guard officers, F.B.I. antiterrorism experts and officials from government agencies in the United States, Canada and Mexico are preparing for an emergency drill in November that will simulate physical attacks and cyberattacks that could take down large sections of the power grid.

They will practice for a crisis unlike anything the real grid has ever seen, and more than 150 companies and organizations have signed up to participate.

“This is different from a hurricane that hits X, Y and Z counties in the Southeast and they have a loss of power for three or four days,” said the official in charge of the drill, Brian M. Harrell of the North American Electric Reliability Corporation, known as NERC. “We really want to go beyond that.”

One goal of the drill, called GridEx II, is to explore how governments would react as the loss of the grid crippled the supply chain for everyday necessities.

“If we fail at electricity, we’re going to fail miserably,” Curt Hébert, a former chairman of the Federal Energy Regulatory Commission, said at a recent conference held by the Bipartisan Policy Center

“If we fail at electricity, we’re going to fail miserably,” Curt Hébert, a former chairman of the Federal Energy Regulatory Commission, said at a recent conference held by the Bipartisan Policy Center.