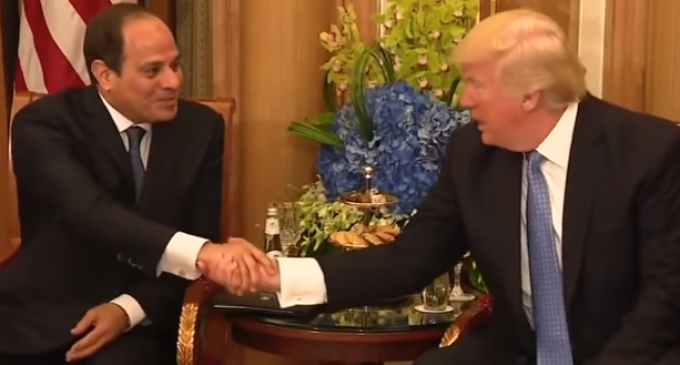 After a tumultuous week back home, Donald Trump seems to be having a nice first trip abroad as president. Not only has the purpose of Trump's trip been warmly received — so has the President.

Most recent presidents chose to stay close to home on their first international trip, often traveling to Canda or Mexico before going overseas. Trump, on the other hand, planned to visit the Vatican, Saudi Arabia, and Israel. His religiously-themed trip will then conclude in Brussels — the home of the European Union.

The theme of Trump's visit seems to be religious unity and the eradication of extremism. In Saudi Arabia, Trump directly attacked “Islamist extremism,” despite being in a Muslim-majority country.

But Trump's harsh rhetoric against certain members of the Islamic faith doesn't seem to be bothering the people who actually live there. In fact, they're embracing his tone and capability.

Among the supporters is the Egyptian president. See what he said on the next page: