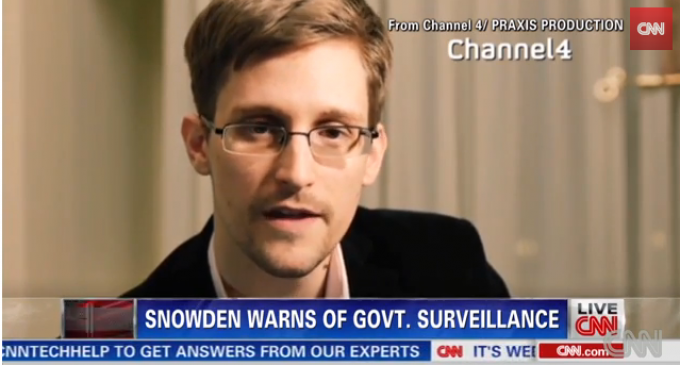 “A child born today will grow up with no conception of privacy at all” says Snowden in a video message.

Yes, you have Mr. Snowden. And thank you for your sacrifice and your patriotism. If only others were so brave!

According to ABC news, only 1% of his documents has been released so far.