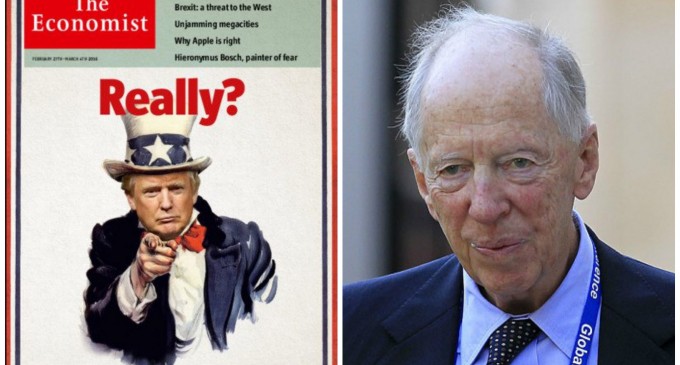 Liberal news outlets have for months been saying that Donald Trump would be a disaster for the United States. They've basically tied his presidency to an inevitable American apocalypse, should he win the general election.

Apparently, they've become bored of that narrative. Maybe it wasn't dramatic enough, or didn't accurately capture just how deep the their disdain runs for the billionaire businessman.

The new line from The Economist is that Trump just isn't bad for the country. According to them, his presidency represents one of the greatest risks in the world.

Yes, in the world of Putin and Kim Jong Il, Trump somehow makes the list.

See why they've employed this new anti-Trump narrative on the next page: