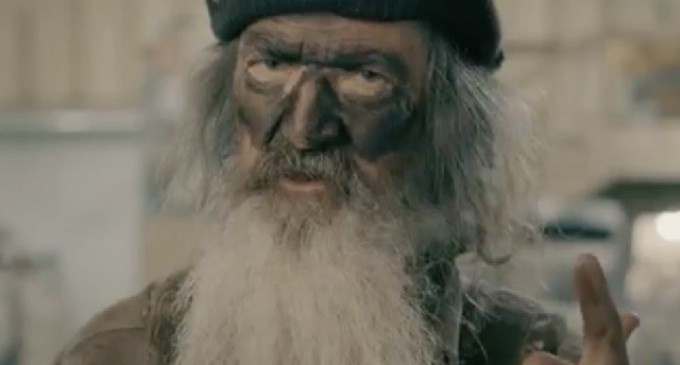 Ted Cruz has just secured himself a major endorsement.

None other than Phil Robertson of Duck Dynasty fame has come out in support of the Texas senator. The A&E show enjoys a huge following and will serve Cruz well among it's many fans.

Discussing the senator, Robertson simply said, “Ted Cruz is my man. I'm voting for him.” He made the statement in a video specially recorded for the announcement. Robertson appears dressed in hunting gear and face paint, much like he did on the show. Cruz is also present in the video.

This is not the first time that Robertson has spoken publicly about politics. In 2013, after being prodded by an interviewer for GQ, the Duck Dynasty star explained that he personally didn't agree with homosexuality. The media went absolutely ape over Robertson's comments, calling him a bigot and even briefly getting Duck Dynasty suspended over the whole matter, but a strong, grass-roots backlash against it managed to get both the show and Robertson back on the air.

See Robertson's endorsement of Ted Cruz on the next page: