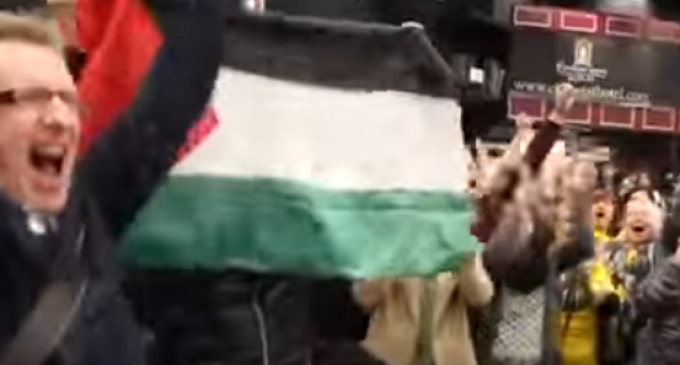 In a bid to push Ireland in a more Socialist-Communist-Fascist direction, a member of the Dublin City Council has decided that it's more important to put on an anti-Semitic display than to address the rampant unemployment, high crime rate and massive inflation and taxes in the capital city.

An ultra-Leftist Counselor named John Lyons has likened Israel's tiny plot of land in the Middle East to the former Soviet Union in oppressive behavior toward other “smaller” nations and has called its complete domination over terrorists in the region as a form of backward apartheid.

Lyons is very familiar with controversy, competently able to create drama out of nothing but spit and tattoos.  He's like the MacGyver of Ireland, able to concoct even the most deadly spin machine out of rudimentary components such as propaganda and threat-ridden posturing.  He has raised Leftist narrative-broadcasting to the level of an artform.

It certainly helps when 60% of the City Council agrees with you.  If you're still unsure as to the best way to picture this politician, just think Barack Obama with an Irish accent.

Just like in America, the people, the constituents, of these counselors feel completely betrayed by their elected officials.  They are convinced that no matter how they vote, the Socialists will still always have the numbers to win the seats and, therefore, rule over them with the dimwitted ideology of Lyons and his ilk.

What is the latest example of Lyons' deception and backward rationale for thwarting the will of the Irish people?  He and his fellow Fascists in the chamber have decided that they must battle against the ravages of Israel by siding with terrorists.  Lyons has described the Israeli people in such derogatory ways as to appear on the verge of condoning the mass execution of Jews.

Lyons appears to espouse a certain affinity for Islam and, in particular, the Palestinian chutzpah it demonstrates by claiming victim status while launching weekly rocket attacks on innocent Jews over the border.  How to show your support and utter devotion to the Palestinians without actually lifting up and firing an M1A1 rocket launcher?