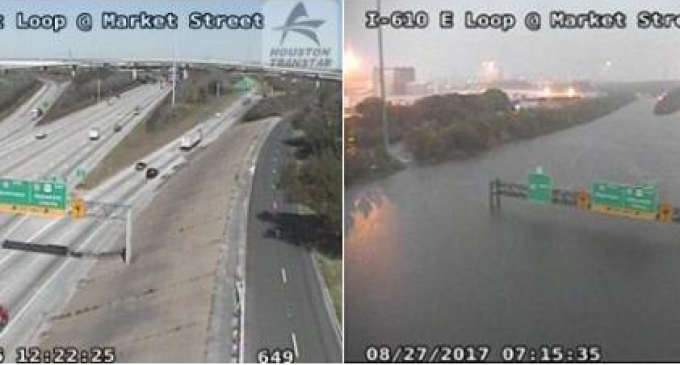 As the rain continues to pour on beleaguered Texas and flooding spreads throughout the state, residents can only wonder when the devastation will end.

Already observers are claiming Hurricane Harvey will result in billions of dollars of damage (as high as $40 billion), challenging some of the worst storms of all-time.  Even worse, it's disrupting lives and causing some to lose their lives.

With the storm settling in and not moving northward, the threat remains it could pick up more moisture from the Gulf of Mexico and make a second landfall as a hurricane.

As with other natural disasters in recent years, television viewers around the country and the world are seeing heartbreaking scenes of the many thousands of victims of the storm. Even so, it’s difficult to appreciate the enormity of the catastrophe that’s befallen Houston, the nation’s fourth largest city, as well as many other towns in Texas.

Unlike former disasters, this time we’re seeing a wider range of footage, not gathered only by piloted aircraft, but also being shot from drones. On the next page, learn more about what’s being recorded and how totally shocking some of the footage is.