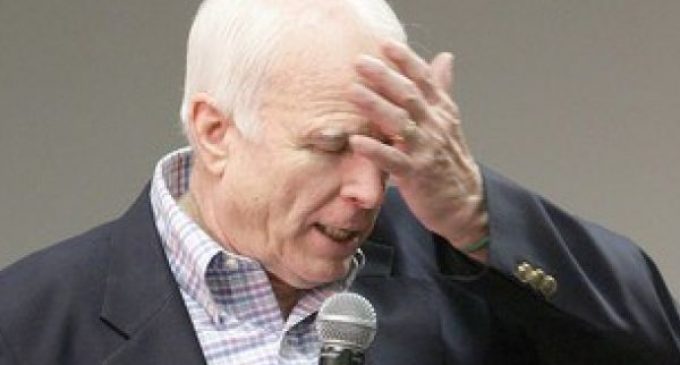 As Arizona Senator John McCain continues to recuperate from last Friday’s brain surgery in Phoenix, more questions are surfacing regarding the surgery itself and the exact nature of the blood clot that allegedly caused it.

McCain’s office initially tried to downplay the surgery, saying he was “doing well” and expected to return to Washington after a week of rest.

The surgery itself was described as a “minimally invasive craniotomy,” which is an oxymoron if ever there was one.

There is nothing “minimally invasive” about having holes drilled in your skull and having a piece of it removed so surgeons can directly access your brain to remove a blood clot.

It’s certainly less invasive than a full craniotomy that may require a much larger piece of the cranium to be removed and then replaced. Guess it’s all relative when politicians are trying to cover up the total truth.

Among the questions raised by the surgery are: what caused the blood clot; was it related to McCain’s previous bouts with melanoma, and did the blood clot cause possible brain damage that would explain the senator’s recent strange behavior? Possible answers provided by knowledgeable physicians can be found on the next page.

What can’t be found is why the American news media has been so incurious and so willing to swallow whatever stories are provided by the McCain camp and the hospital.