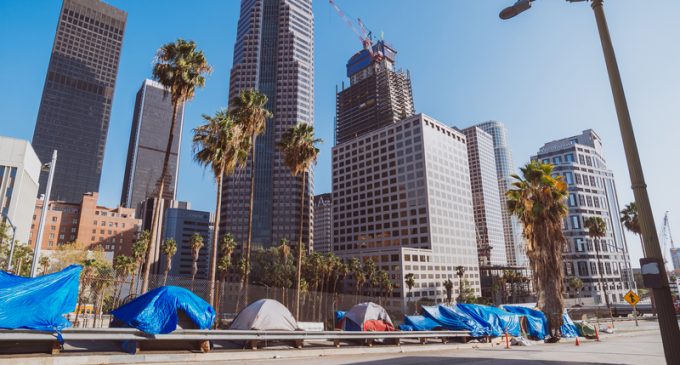 Despite having a $2.9 trillion economy, California has a very serious health concern brewing in Los Angeles.

The bubonic plague is a deadly scourge that wiped out half of Europe during the Middle Ages but it still surfaces around the globe, primarily in Third World countries like the Congo, where it has sickened 10,000 people over the late decade. It has been quite rare to see it appear in the Western world – until now.

On Friday, Dr. Drew Pinsky told Dilbert cartoonist Scott Adams, who has become a popular political pundit with a daily live audience of thousands of people, that there is an imminent outbreak of bubonic plague in Los Angeles because of the out of control homeless population coupled with the failure of government officials to deal with rodent problems.

Dr. Drew also outlines how the city has managed to deal with an influx of over 800,000 migrants, who have not contributed to the homeless problem, but isn't able to handle homelessness among its own citizens.

Los Angeles is one of the only cities in the country, Dr. Drew said, that has no rodent control plan. “And if you look at the pictures of Los Angeles, you will see that the homeless encampments are surrounded by dumps. People defecate there, they throw their trash there, and the rats just proliferate there.”

Moreover, he said, homeless people were defecating directly into city drains, which flowed to the Pacific Ocean. “We have the sewage of 60,000 people hitting the ocean every day,” he said.

Though there were adequate financial resources, Dr. Drew said, homelessness would not be solved by building more housing, because the fundamental problems were mental illness and drug addictions, which created an “attachment to this lifestyle” on the streets.

The city had been successful at absorbing hundreds of thousands of “undocumented immigrants,” Dr. Drew observed, which showed that the focus on housing was a “hoax.”

But changes in mental health policy — partly as a result of public reactions to films like One Flew Over the Cuckoo’s Nest, which was harshly critical of mental health institutions — had made it much more difficult to commit people to institutional care.

Dr. also said that prison reform initiatives, such as Proposition 47 of 2014– which reduced sentences, but without improvements to rehabilitation — had also played a role by letting more criminals out on the street, some of whom joined the homeless population.

And efforts at relocating the homeless — either to treatment or to prison — ran into lawsuits from the American Civil Liberties Union (ACLU), whom Dr. Drew described as “do-gooders” without any idea about how to solve the underlying problem.

“How many people must die before you change your philosophy?” Dr. Drew asked, rhetorically.

Pinsky commented that typhus, which broke out in the city last year, will likely return. In May, Fox News reported how a Los Angeles police officer contracted typhoid fever, which infects fewer than 350 Americans each year.

“This is unbelievable. I can’t believe I live in a city where this is not Third World. This is medieval,” Pinsky said. “Third World countries are insulted if they are accused of being like this. No city on Earth tolerates this. The entire population is at risk.”