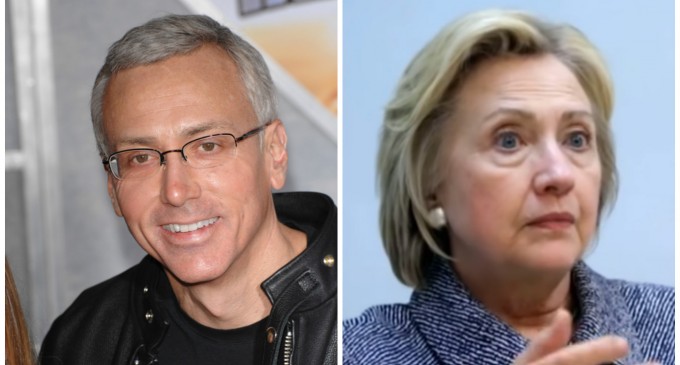 HLN television host Dr Drew Pinksy has said that he's concerned about the medical treatment that Hilary Clinton is receiving from her doctors. Specifically that she's being treated for chronic pulmonary embolisms, or blood clots, without outdated medicine.

Ignoring politics for the moment, if what Dr. Drew says is true then Hillary Clinton is not medically safe to run for President. Most voters are willing to look past issues of age, but maltreated chronic blood clots can result in sudden death. Hillary Clinton is at risk of suddenly succumbing to one at any moment, which raises obvious terminal concerns. A dead person can't run a country.

Of course, the Clinton campaign has not commented on these concerns. In fact, Hillary Clinton's personal doctor has stated that she is “healthy” and fit to run for President. Without the second opinion of another doctor, there is no way to confirm that. Dr. Drew's cursory glance at Clinton's health treatments should raise alarms, but don't expect another statement from the Clinton campaign.

Find out what Dr. Drew thinks of Clinton's health on page 2.