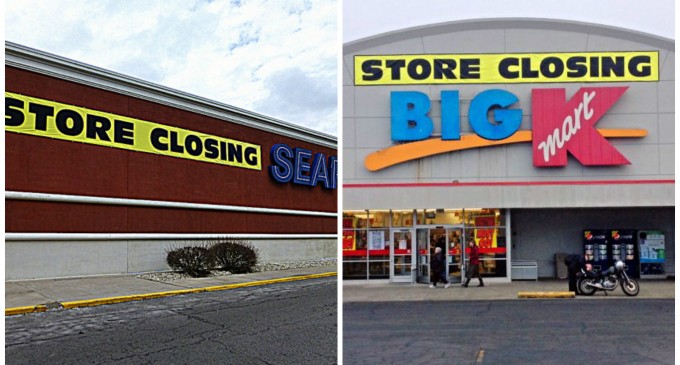 Another two bite the dust in this Obama economy, as Sears and Kmart will be closing “68 Kmart and 10 Sears stores this summer in its latest move to cut losses.”

A large number of large chain stores are suffering from our failing economy, resulting in closures and mass layoffs.  From Macy's, to Walmart and the John Deere, the largest manufacturer of farm equipment, none have been immune to government overreach and the failure that is Keynesian economics.

Walmart has closed many stores to help with profitability, reported Truth and Action months back.

Discover more about the Sears and Kmart demise on the next page.