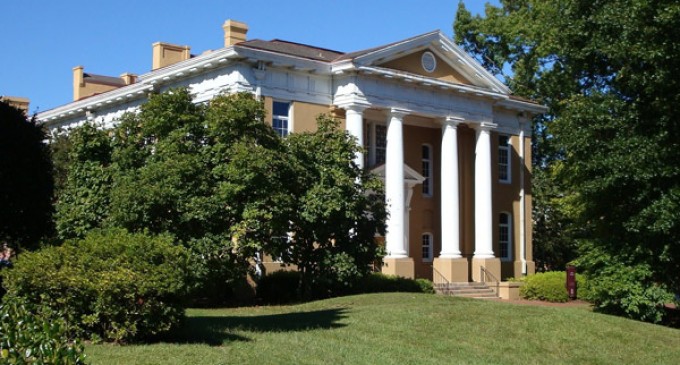 Campus Reform reports that a textbook required for a three-credit course entitled, “Introduction to Social Work Profession and Social Welfare” includes several outrageously misleading statements. A student whistleblower brought the book to the attention of Campus Reform, saying, “it's so in you face and people need to know about it.”

The book characterizes conservatives in general and Ronald Regan, specifically, as selfish, sexist pessimists who are lazy and incapable of true charity. 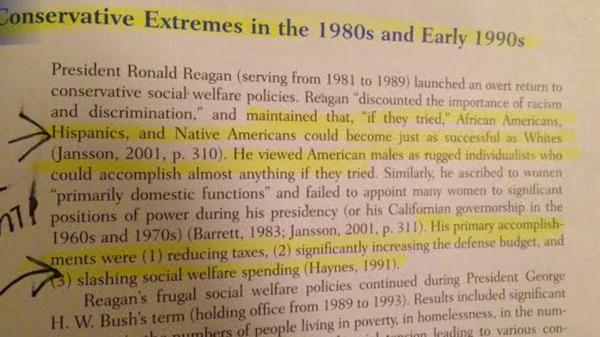 “Conservatives ‘tend to take a basically pessimistic view of human nature. People are conceived of as being, self-centered, lazy and incapable of true charity,’” the text states. 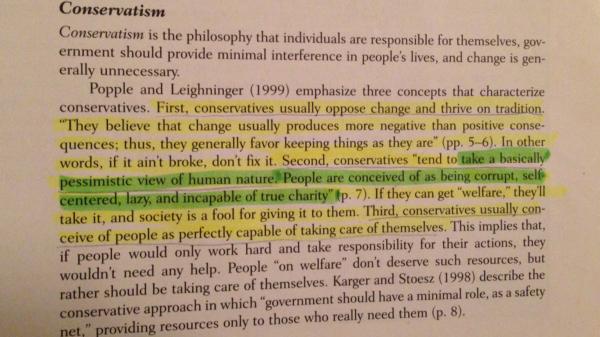 The author's ridiculous scorn is not restricted to conservatives.

Wealthy individuals are also a topic of scorn throughout the course reading, which argues that “[the] wealthy find that having a social class of poor people is useful.”

This is what your taxes pay for: an education system designed to promote disinformation and propaganda as a tool of liberal idealists.