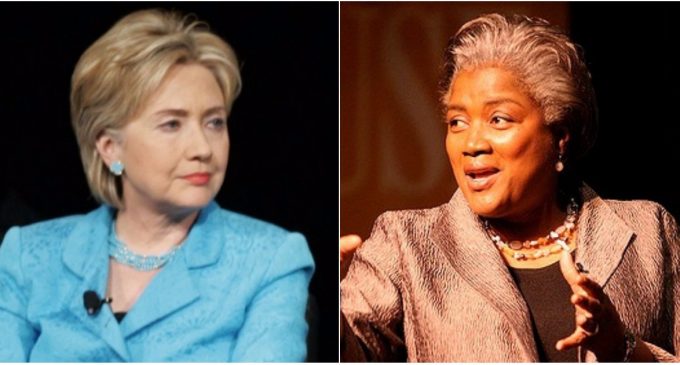 The story of Hillary Clinton’s ascension is a work of fiction, now that we are aware of all the corruption that took place on her way up to the top of the ticket.  Think about this for a moment:  If she was so qualified, how did she lose to a community organizer-turned senator who had only served a little over 140 days?

The answer, of course, is that she shouldn’t have.  There is no reason other than that she was the stuff of fiction.  Her “story” (as it were) was all made to portray the former First Lady as a female of legendary proportions.  She was unattractive politically to Americans and she was an even more shrill version of Nancy Pelosi.  What middle class American who was furiously attempting to balance their household budgets would possibly vote for her?

Again, the answer is they wouldn’t have.  So, what to do when your preferred candidate doesn’t resonate with the voter and doesn’t register on the Richter scale higher than a -10?

You cheat, of course.  There was always the question of why…exactly…Hillary was the “preferred” candidate.  Now, we definitively know why.  Donna Brazile, who was instrumental in placing Hillary at the helm as much as any other DNC official has written a book where she explains that she was completely unaware of the goings-on inside the organization (fat chance) and also goes into detail about just how the Clinton campaign snookered the Sanders campaign and how she was so unattractive to the American people that she had to cheat to try and get elected!

Turn to the next page for excerpts from Brazile’s book about how the fix was in and that there was nothing that any Leftist could possibly do about it except go along with it!