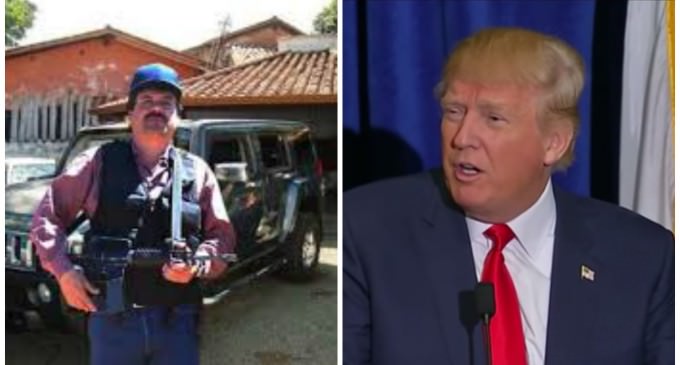 Someone finally had the courage to call the vicious drug cartels to the south of our border what they really are.

In an exclusive interview with Breitbart News, GOP frontrunner Donald Trump described the powerful gangs operating unimpeded in Mexico and along our border as an “enemy army” and said they should be treated as such. This is the strongest condemnation made of the criminal groups by any presidential candidate from both parties so far.

The topic came up when Trump was asked about a shocking new report published by Brandon Darby and Idelfonso Ortiz, both Breitbart Texas staff. According to their report, the cartels have killed hundreds, possibly even thousands in cities located along the Mexican-American border with impunity.

To conceal evidence of their barbarity, the cartels made use of a secret network of ovens to incinerate their victims' bodies. Judging by the appallingly poor response of Mexican authorities to their behavior, the ovens are working wonders for the cartels.