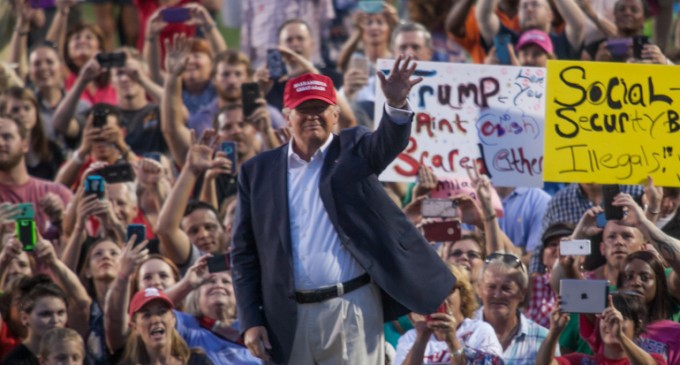 Donald Trump has certainly made a handful of threats towards many politicians and their off-set plans. Though his comments about illegal immigration have sparked up dramatic conversation for everyone across the nation, his comments  have also begun to ruin plans of integrating the “U.S., Canada, and Mexico into a trilateral entity called the North American Union.”

What the North American Union would do is allow a system of open borders between the three. This would also include its own North American Court of Justice that could have the authority to overrule the U.S. Supreme Court.

This represents a complete dissolve of our national sovereignty.

These wicked plans were thought up originally by the Bush administration and global elite, in which President Obama, like a good puppet, continued to carry out.

Read the next page and find out who is supporting Trump in his efforts to destroy the North American Union plan.