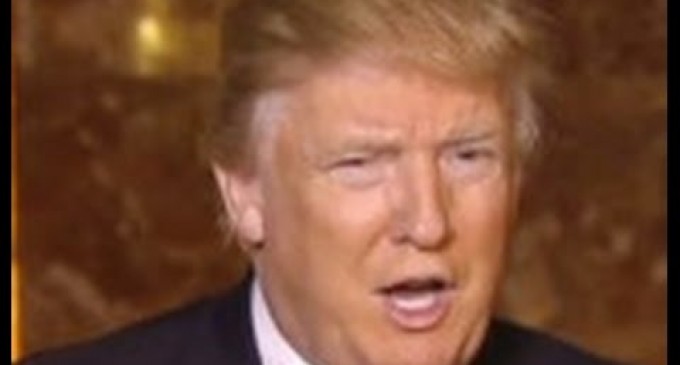 The criminal investigation surrounding Hillary Clinton's use of a private email server while secretary of state came to a close this week, and the outcome is hardly surprising. Despite overwhelming evidence that Hillary Clinton kept, withheld, and created classified information without the knowledge of the State Department, the FBI has officially recommended that Clinton not be charged with criminal wrongdoing.

The only person who may be surprised was Donald Trump. Right before the decision was announced, the GOP frontrunner tweeted his prediction of the FBI investigation.

For once, the corruption of government may have eclipsed even Trump's expectations.

All it not lost in the case against Hillary Clinton, however. While she may not face charges, the statement meant to declare her innocence also proved what we had know all long. Hillary Clinton had lied all long about not having anything “marked classified” on the servers.

See Donald Trump's predictive tweet on the next page: