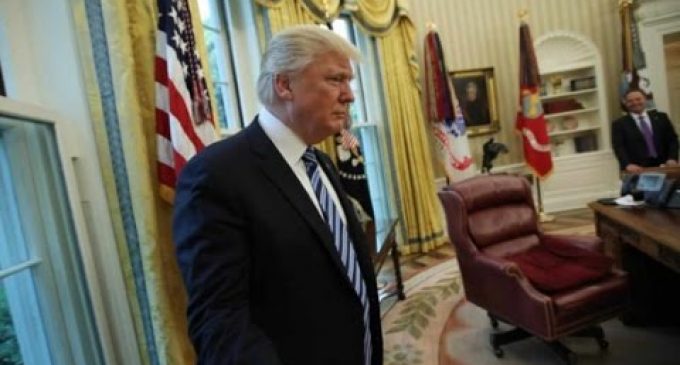 Defining Donald Trump’s political identity has proven remarkably difficult, particularly since entering the White House. Despite the fact that Trump dominated airwaves for years before entering the Oval Office, it’s often hard to predict where he will fall on many issues. Sometimes he’s far to the right. Sometimes he’s left-of-center. But the biggest question mark surrounding Trump may have to do with America’s place in the global community.

During Trump’s candidacy, many assumed that the president would adhere to strict nationalist policies, but Trump has sent mixed signals since entering the White House. While he has announced an intention to renegotiate NAFTA and restrict immigration, he has also signaled a willingness for military intervention in Syria and North Korea.

This has many of his supporters asking: Is Trump a globalist or a nationalist?

Well, Trump doesn’t seem to have a clear answer to the question either. According to the man himself, he’s both.

See why Trump described himself as a nationalist and globalist on the next page: