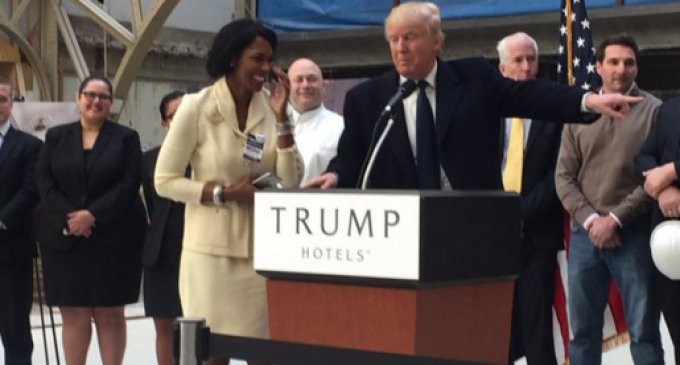 The liberal arguments against Donald Trump seem to keep folding in on themselves. At a recent press conference, a woman in the audience asked Trump a question that received a surprising answer.

The woman, who is believed to be both a veteran and a 9/11 survivor nervously talked about her interest and experience in interior design, and went on to say that she really liked what Trump had done with his building. He responded by giving her a job.

He told her to go stand beside a man off to the side of the stage and then turned to the audience and said that if they can reach a deal on salary, he's going to give her a job. That doesn't sound racist or sexist.

You can watch this in a video on the next page.