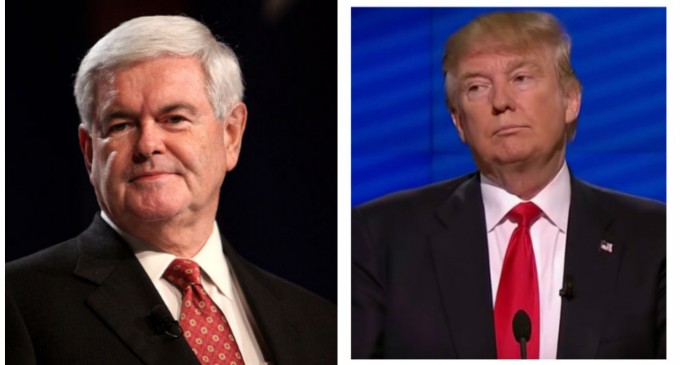 The state of funding for Donald Trump's presidential race remains one of the biggest mysteries in presidential politics. Some argue that he has all the money that he needs, corroborated by the fact that he said himself that he may sell a building in order to fund his efforts to inhabit the White House.

Others say that his barebones campaign is low on cash and in need of a serious fundraising boost.

At the same time, some are questioning whether the billionaire businessman even needs huge funds in the first place. After all, he won the primary by spending a fraction of what his competitors raised.

While the political world tries to make the sense of his money, Trump himself doesn't seem too worried about an influx of cash. A recent report alleges that the Trump campaign turned down an offer of $200 million — paid only if Newt Gingrich were selected as his next VP.

It seems Trump is standing by his primary pledge. He can't be bought.

See the numbers on the next page, along with Gingrich's apparent response: