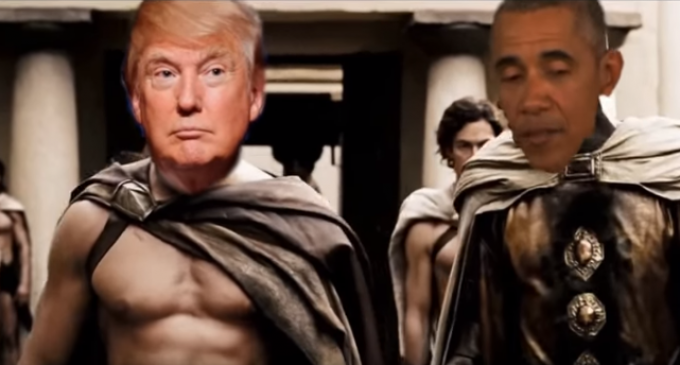 Need a break from the political circus that has taken over the 2016 presidential primaries? Ever wondered what Donald Trump would look like with a set of killer abs?

Boy, do we have the video for you.

Taking footage from the movie 300, and editing in major players from the 2016 race, 300: Making America Great Again makes serious political points through parody, comedy, and a bit of Hillary Clinton nudity.

Thank goodness, that last bit was censored in the final edit — likely one of the few good uses of censorship in media. The prospect of her being president is nightmare fodder enough, we don't need to picture her outside of her ever present neon pantsuits.

Of course, Barack Obama plays his current role of political villain in the short film, but he's flanked by three other, less prominent sidekicks.

See who made the villainous cut — and watch the video — on the next page: