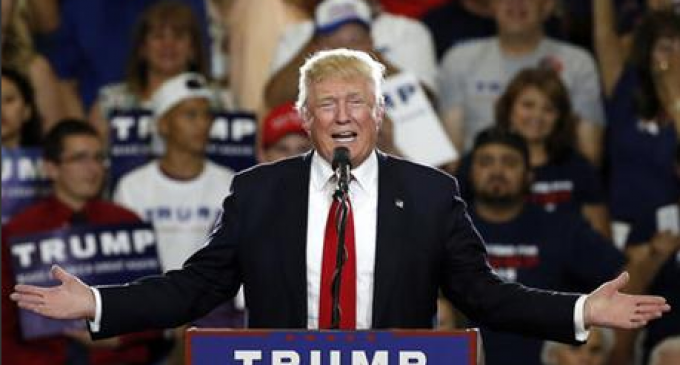 He has arrived at the magic number of 1,238 delegates and has clinched the GOP nomination for president today.  Donald Trump, this unlikely outsider has done what many thought impossible, a flash in the pan of politics, to quickly go by the wayside, and yet, here he is, the Republican nominee!

Only in America can a businessman, with a bombastic personality which has alienated many in the party, rise to compete in the one of the most competitive races our country has seen.

There are still 303 delegates at stake in the next five state primaries occurring on June 7 and these will only cushion is total, keeping the prophesied contested convention in Cleveland as speculative talk.

Trump is a political oddity, as he is the only candidate who has made it to the point of being nominated as the GOP candidate and who has held no political office.    There have been five men, who have become President but have never held elected office, but they have served in the military, and been appointed to governmental offices.

There is something quite astounding about Trump's accomplishment, like him or not, he has achieved something amazing and historic.

Read about Trump's victory on the next page.