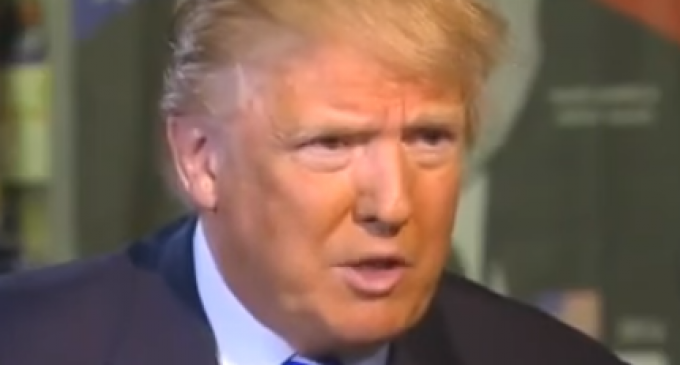 Fox News’ Chris Wallace interviewed Donald Trump this week, and questioned the candidate on a video released by the campaign that showed Hillary Clinton standing supportively behind alleged rapist Bill Cosby. The implications are many. The video attempts to undermine Hillary’s record on women’s rights, while implying similarities between Bill Cosby and Bill Clinton.

Trump said that the connects drawn are not his, but the public’s, saying its not up to him what conclusions are drawn by the picture.

He then goes on to call Hillary Clinton an “enabler” of Bill Clinton’s womanizing ways, bringing up past rape allegations and his scandalous White House affair with intern Monica Lewinski.

Bill Clinton’s past has become a thorn in the side of the Clinton campaign. While Hillary has said many, many times that she is a steadfast champion of women and women’s rights, the nation hasn’t yet forgotten how she stood behind her husband and supported him after multiple allegations of sexual misconduct with women throughout his political career.

Trump, it seems, is trying to make sure no American is unaware of Hillary’s hypocrisy. See the video on the next page: