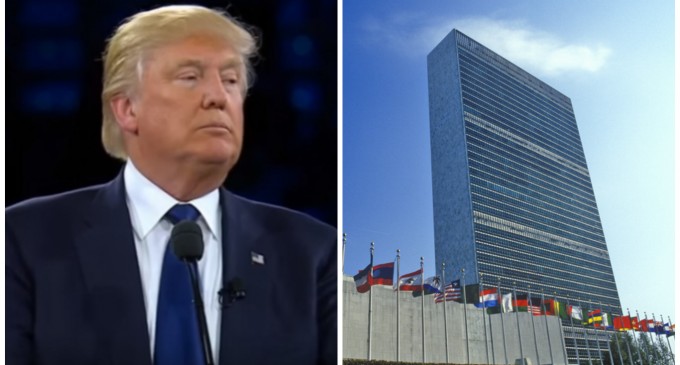 However, Trump used to sing a very different tune years ago regarding the United Nations.  He was, in his own words, a “big fan” of the U.N.  Testifying in the Senate, in 2005, Trump spoke as an expert commercial developer, to a subcommittee looking into the enormous cost of renovating the U.N. headquarters in New York.

A change in his view has been a repeated issue with Trump during this presidential campaign, but his people call these contradictions as “evolving” on the issues.  It seems that the blinders have come off for Trump regarding the United Nations – or at least now that his main purpose of forwarding his businesses is taking a backseat to his political aspirations he is truly coming out with how he really feels.

Reports of U.N. schools housing Hamas rockets sure do give his statement clear credence.