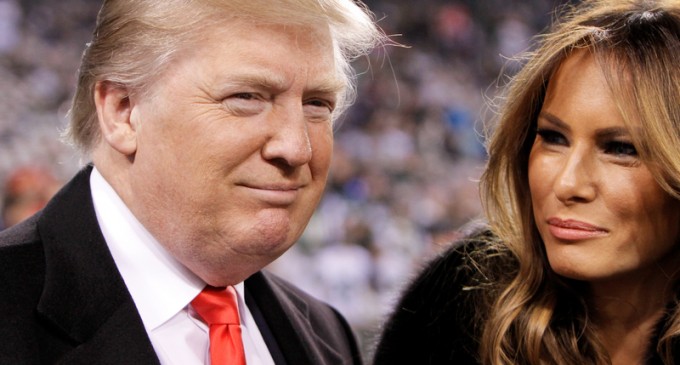 This presidential election has had no shortage of distractions and low blows by the media and supporters on both sides of the aisle. Of course, most of those blows have been aimed at Donald Trump. And just when you think the liberal media can't sink any lower, they surprise you.

What this shows is a new low and just how desperate the left has become, and like they say, “desperation is a stinky cologne.” The pictures were taken when Melania was 25-years-old, that was three years before she met Trump.