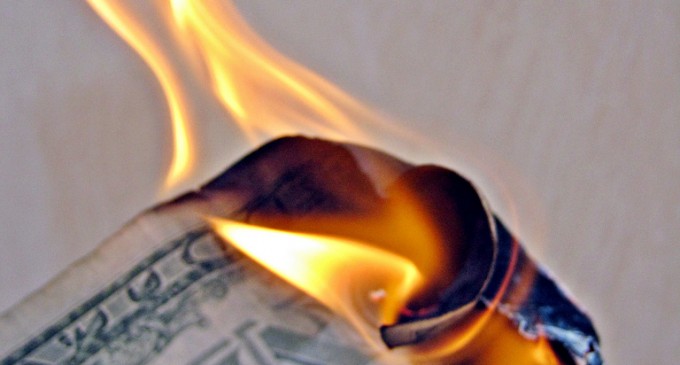 The dollar is losing world reserve currency status and will soon lose much of it's value.

Many foreign banks hold more US dollars than their own currency as dollars are needed in international trade. When these banks no longer need dollars they will all come home to greatly devalue our currency.

China has already set up trade outside the dollar with Russia, Japan, Brazil and other countries.

China has also been buying up gold like it's going out of style, or rather, like it's coming in.

China appears to be preparing to offer the Yuan as a stable, gold-backed currency for the world. Whether this happens, or whether the IMF sets up the SDR as world reserve currency, our dollar is toast.

On top of this, we are printing, or electronically creating, $85 billion per month in new dollars. Of course, this also greatly devalues our currency.

BEIJING: China has signed a $57 billion currency swap agreement bringing about an “alliance” between the Yuan and the Euro.

The agreement, which also involved the European Central Bank, allows businesses to ignore the US dollar and make settlements between the Euro and Yuan. This is the largest currency deal for China, which is striving to make the Yuan an international currency.

China recently inked a currency swap deal worth $32 billion during president Xi Jingping's visit to Jakarta. “The swap arrangement has been established in the context of rapidly growing bilateral trade and investment between the euro area and China, as well as the need to ensure the stability of financial markets,” the European Central Bank said.The three-year swap is intended to serve as a backstop facility to ensure the yuan's liquidity and financial stability in the Eurozone, it said.

The People's Bank of China said, “The new arrangement will provide more liquidity to the renminbi market in the euro area, promote overseas use of the yuan, and help facilitate trade and investment” .