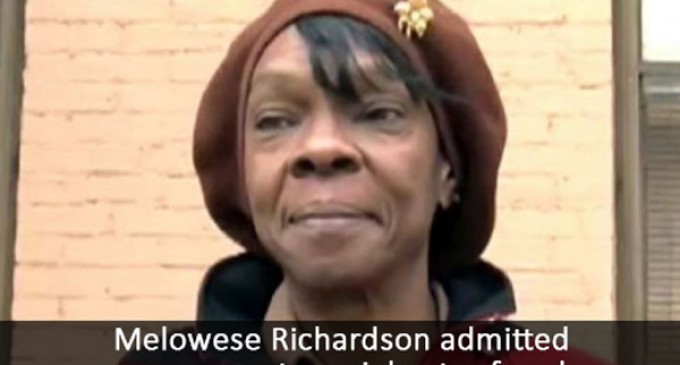 Attorney General Eric Holder's Department of Justice  apparently is telling Americans it is OK to vote many times for your presidential pick, as long as you choose Barack Obama.

Melowese Richardson admitted on camera to voting six times for President Obama's reelection in 2012, which amounts to committing five felonies. Normally, she would be liable to face federal prosecution. In fact, her act of voter fraud did earn her a sentence of five years in Ohio state prison, because voter fraud is also a state crime, but she was set free after only eight months.

A state court judge dismissed her May 2013 conviction and five-year prison sentence and allowed her to plead no contest to four counts of illegal voting, the same charges for which she was convicted.

Richardson was represented by the George Soros-funded Ohio Justice and Policy Center, which claimed she suffered from bi-polar disorder.  No claim was made that she was insane when she committed her election crimes.  Nor was any effort made to establish her insanity.

So what about those felonies?

Federal charges against Richardson easily satisfy DOJ guidelines.  There is a unique federal interest in ensuring voter fraud does not taint the election of the President and Congress. Second, the federal interest in having valid elections for President and Congress remains unvindicated; Richardson walks free and is now being cheered at rallies. Last, Richardson admitted on camera that she committed multiple federal felonies and her handwriting matched the ballot applications that were sent to her house.  Game, set, match.

DOJ doesn’t hesitate to bring federal charges against local police officers.  For example, when a policeman receives a light sentence in state court after allegedly employing excessive force against a citizen, the DOJ Civil Rights Division is keen to initiate federal prosecution to exact its own federal pound of flesh against that officer.  But the failure to prosecute Richardson demonstrates that criminal behavior which aids the reelection of President Obama receives very different treatment.

The message here is clear. Obama's Department of Justice is very selective in deciding when to pursue felony charges, even when the case appears cut-and-dried. The only message Americans can possibly take away from this is that if you block Obama you may face severe prosecution, but if you help support Obama you can get away with multiple felonies. 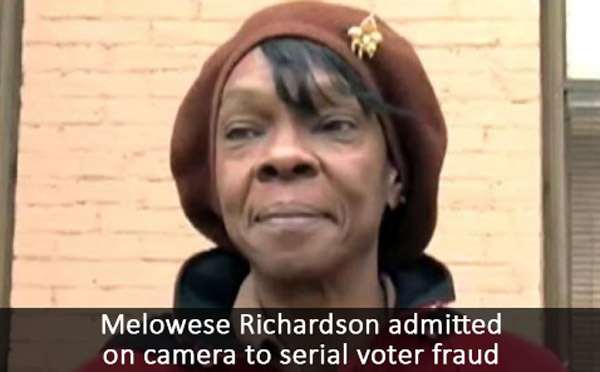