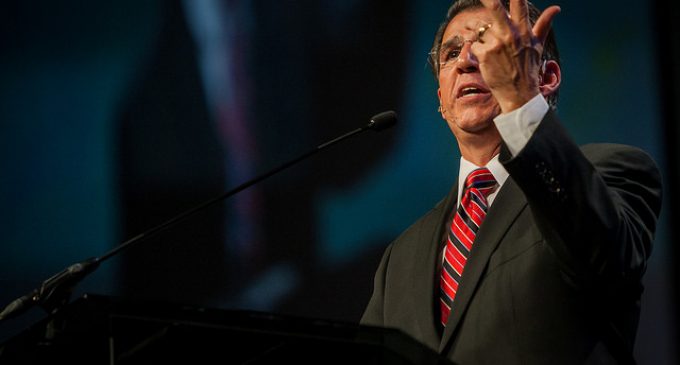 Back in 1954, then-Senator Lyndon B. Johnson (who would succeed President John F. Kennedy and was sworn in after the assassination of the president, but before his official death) introduced a small amendment to the US tax code, thus:

…and which does not participate in, or intervene in (including the publishing or distributing of statements), any political campaign on behalf of (or in opposition to) any candidate for public office.

This one-line addition inside the Internal Revenue Code of 1954 has been the IRS thorn in the American lion's paw over the past nearly 70 years and was deemed to be a direct violation of the US Constitution's First Amendment.  Yet, it remains on the books till this day and has yet to be critically challenged.

Why?  Why is such a small amount of verbiage that appears so benign and contestable (and is so obviously an attempt at limiting both the Freedoms of Speech and Religion) unable to be challenged in today's highly-charged bipartisan world of litigation?

The answer may lie in the same reasons that President Trump has been unable to dent the attempts by the Deep State, former president Obama and his Jackass Brigade, and the Establishmentariat Swamp RINOs to thwart his every order!

The Department of Justice (DOJ) has just informed a high court in Wisconsin that not only is President Trump's Executive Order Promoting Free Speech and Religious Liberty unenforceable and “without power,” but that the IRS' enforcement of the Johnson Amendment as it relates to churches and places of worship is “absolute” and remains securely in place!