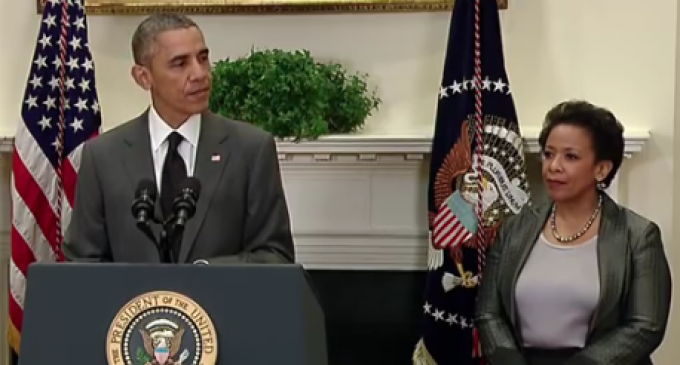 Barack Obama and many of his key leaders have shown themselves to be inveterate law breakers, uninterested in the laws that make for a civilized society and the consequences breaking such laws have on ordinary citizens.

Obama's decision to violate and ignore immigration law has allowed millions of illegal aliens to enter the country or to stay here, taking jobs from citizens and consuming unbelievable quantities of tax dollars, and with some committing heinous crimes, including rape and murder.

Obama seems not to care since it meets his political agenda of flooding the country with future Democrat voters. He and his Justice Department ignored riots perpetrated by Black Lives Matter activists, leading to tremendous property loss and injury to citizens. His attorney general Eric Holder conducted the Fast and Furious gun running venture, selling guns to criminals and drug cartels, with the result of many lives lost and the strengthening of the drug lords.

It is odd that the president would be more concerned with criminals than with the well being of law-abiding citizens, but perhaps it is merely a case of birds of a feather flocking together.

The Justice Department is once again showing where their loyalties lie by working to help criminals with a new program and endangering ordinary citizens.