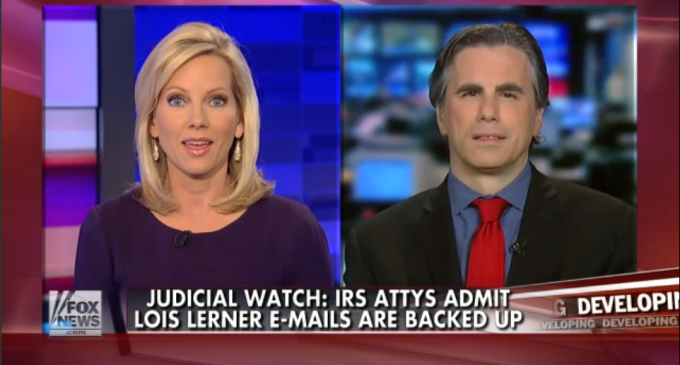 Last Friday a DOJ attorney told an attorney from Judicial Watch, who has been actively seeking to get to the bottom of the controversy, that there is indeed a backup system where Lois Lerner's emails are stored, but they won't retrieve them because they are too difficult to get.

Judicial Watch's Tom Fitton states “So everything we’ve been hearing about scratched hard drives…it’s all been a pack of malarkey. They could get these records, but they don’t want to.

And there’s no such thing as Lois Lerner’s missing emails. It’s all been a big lie. They’ve been lying to the courts, to the American people, to Congress. It’s outrageous.”

So they lied and that didn't work, now they state that the emails are just to difficult to retrieve. Corruption at its finest.