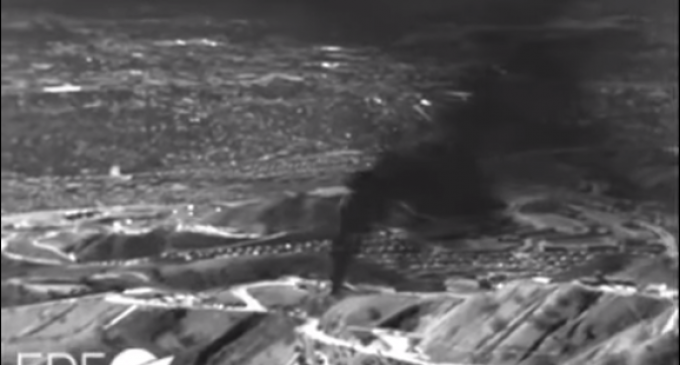 More than two months after methane gas began erupting into the Porter Ranch environment, Governor Jerry Brown finally declared a state of emergency, after the residents began reporting a variety of symptoms from the fumes and gas.

The Gas Company claims that the symptoms are just from odor added to the methane and it is “just temporary, it's not a problem, it's not serious”.  Scoffing at such a claim, attorney Rex Paris retorts, “These people aren't stupid. We have children whose noses are bleeding every day, we have people who suffer from chronic headaches [and] are nauseous every, single day. How does that not become a serious issue?”

The only way to avoid sickness, one doctor told the residents, is to get far away.  But obviously the gas is not able to be contained to a zip code and it's reach easily could be beyong the 30 miles to the city of Los Angeles, where almost 18 million people reside as of 2013, making it “the second most populous city in the United States.”

More of the dangers of methane on the next page.