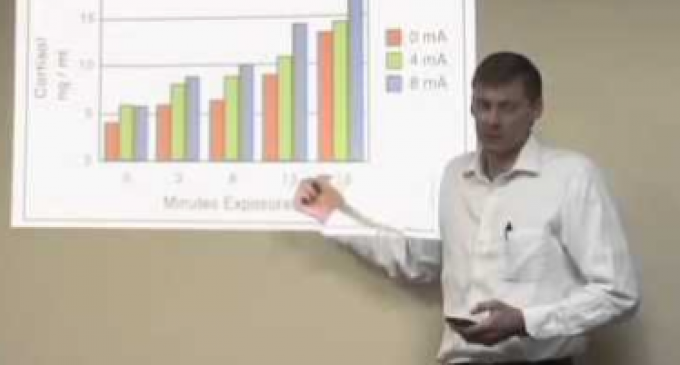 Smart-meters, a wireless technology, that are being installed in homes across the nation, have been found to violate high FCC limits on the amount of microwave radiation a human should be exposed.  Yet over the past year-and-a-half, power companies have been replacing analogue meters in businesses, apartments and homes with what is called a “Smart Meter”.

Already eight million Smart Meters, according to the Edison Foundation have been installed by electric utilities in the United States, with a goal of almost 60 million by 2020.  The push for this nationwide program is partly due to the American Recovery[sic] and Reinvestment Act [AARA] of 2009 and funded under the Smart Grid Program.  These meters do no fall within the “safe standards” of the FCC for emissions of radiation.

View the video and read more about the devastation these Smart Meters are doing to the health of  Americans on the next page.