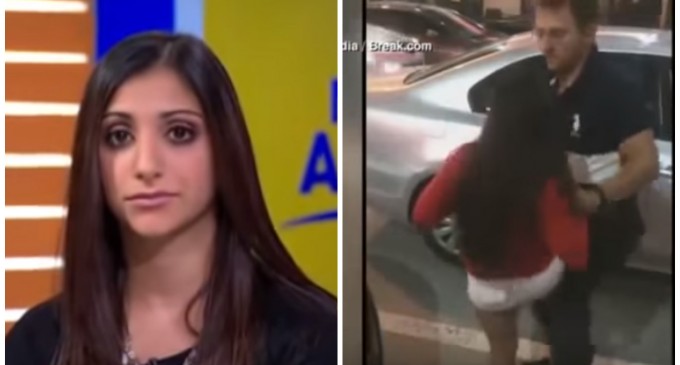 With the rise of Uber has come an unexpected rise in attacks on Uber drivers. The latest attack comes from a doctor in Miami by the name of Anjali Ramkissoon, who after a bad day and what appears to be quite a few drinks, called an Uber driver to take her home. When an Uber driver finally arrived, there was one problem, it wasn't hers. Knowing that, she decided that he should take her home anyway, even though the intended passenger was standing right there with a cell phone in hand, ready to capture the entire moment.

In the first video below, you can see Ramkissoon assault the Uber driver, damage his vehicle and then throw his things all over the street, while yelling and screaming inappropriate comments. In the second video, she sits before an abc news anchor and apologizes for the entire thing, saying that she's ashamed of herself. Watch the videos below and decide for yourself if she sounds genuine.

Anjali Ramkissoon has been placed on administrative leave from her job, while an investigation takes place. Even if that is her motive for apologizing, at least she has the courage to take responsibility for her actions, unlike the Taco Bell executive who assaulted an Uber driver last year and got caught on camera. He's now suing the driver for millions of dollars, claiming that the video invaded his privacy. Uber drivers aren't doctors, they're not required to sign confidentiality agreements and because everybody has cameras on their phones these days, it's difficult to pull the “invasion of privacy” card, especially since he was in a car belonging to somebody else. If he wins, then there is something truly wrong with our justice system. As for Anjali Ramkissoon, yes, she made a fool out of herself and might have deserved the consequences, but nobody is beyond redemption.