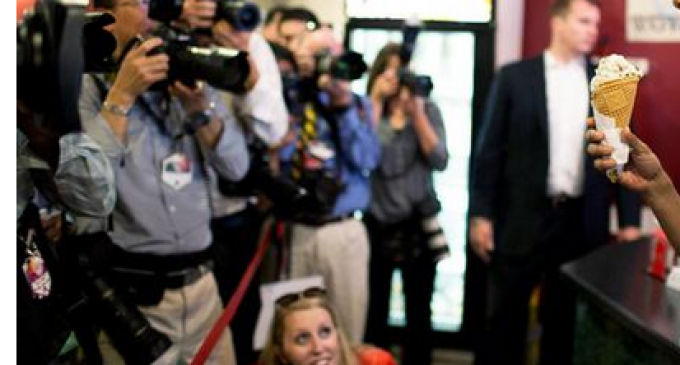 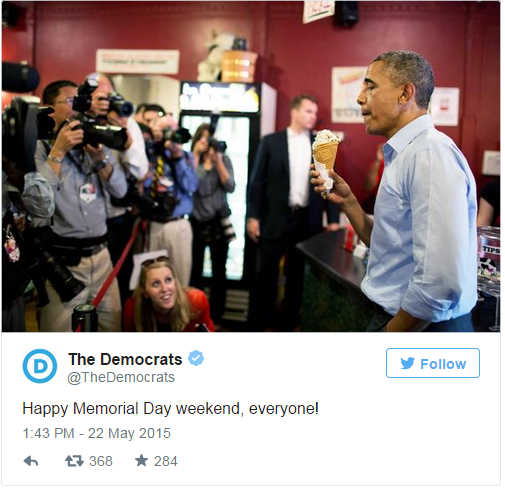 A photo from last June of Obama downing an ice cream cone along with the message “Happy Memorial Day Weekend, everyone!”

Incredibly disrespectfully of those that died for them.

Tens of millions gave everything for their country – the freedoms that the liberals enjoy is on their backs and the backs of everyone who has ever served.

This Memorial day, we decided to take a close look at the number of American servicemembers who lost their lives during wartime in an effort to put their sacrifices into a broader perspective. Not long ago, most Americans were likely to know an active military servicemember. But today, because of factors like the political cost of launching a military draft and the increasing automation and outsourcing of military-related tasks, fewer Americans have a personal connection to someone in the armed forces. During World War II, about 12 percent of the total U.S. population were a part of the armed forces, according to Census Bureau and Department of Defense data. And while fewer servicemembers enlisted during the Vietnam War era, the conflict’s draft cut across American society, explains Gala True, a medical anthropologist and folklorist with the Department of Veterans Affairs and contributor to the Library of Congress’ Veterans History Project. She talks with veterans, primarily those who fought most recently in Afghanistan and Iraq, and explores ways to use narrative as a tool for mental health care. “Even though there’s so much talk about the opposition and difficult experiences that Vietnam veterans had coming home with protests, there was still a sense that people were very close to someone who had served or knew someone who had served,” she said.