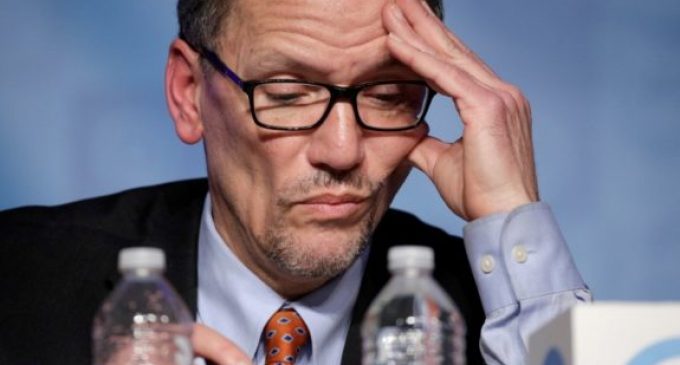 An FEC report detailing the finances of both the Republican and Democrat parties has just been released– and the news isn't good for the left. The Democrats are broke.

The Democrats' inability to make money is astounding, considering the negative media attention surrounding Donald Trump. MSNBC has surged in the ratings due to their constant attacks on the president, showing that people have a legitimate interest in watching the president get beaten down.

But they're not opening their wallets to help their party.

The left can't even take solace in the fact that the Republican party is suffering from the anti-Trump backlash. They're not. They're raking in the cash, have more to spend, and are spending less.

The party opposing the White House can usually expect gains in the first midterm of the presidency, but with these numbers, the Democrats might not be able to capitalize on the opportunity.

See how pitiful the Democrats' numbers are on the next page: